We are thrilled to launch season one of SOUND MIND on World Mental Health Day. SOUND MIND is a brand new series of music and conversation exploring mental health and the performing arts.

Each episode celebrates those things we love about performance – connection, meaning, purpose, engagement, sharing and storytelling, while also sharing personal experiences of mental health and wellbeing. 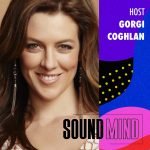 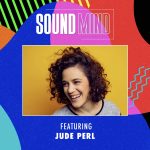 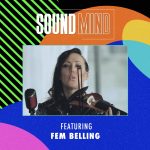 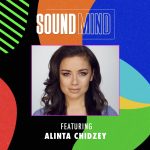 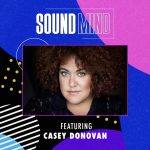 Jude Perl is a four-time Green Room Award-winning composer, singer, comedian and cabaret artist, who presents ‘hilarious and painfully spot on observations’ (Plus Ones) mixed with ‘insanely clever and comical songwriting’ (Melbourne Observer).

Star of the recent hit production Chicago, Alinta Chidzey is one of Australia’s great triple-threat leading ladies of musical theatre. She is also well known for her portrayal of Anita in West Side Story, which saw her nominated for several awards, including the Helpmann, Green Room and Sydney Theatre Awards.

And, the youngest ever winner of Australian Idol, Casey Donovan has won multiple music awards, including an ARIA No 1 Award, and three Deadly Awards. A multi-talented singer, songwriter, artist, author, actor and performer, Casey also recently wowed audiences when she appeared alongside Alinta in Chicago as Mama Morton.

Jude, Fem, Alinta and Casey have all been living through Melbourne’s recent lockdowns. They’ve come together especially for Sound Mind to perform this very special piece written by Jude Perl. Jude originally wrote and performed this song as a solo number for the film Embrace. 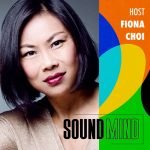 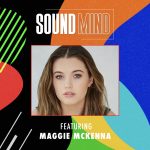 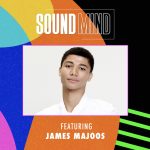 Maggie captured our hearts with her recent performance as Muriel Heslop in the world premiere of Muriel’s Wedding The Musical. She has since toured America as Zoe Murphy in the hit Broadway musical, Dear Evan Hansen, and – excitingly – Maggie is currently developing a new musical she has penned herself.

James shot into the limelight as Saltypringl in Belvoir St Theatre and Queensland Theatre Company’s production of Yve Blake’s Fangirls. This year James was scheduled to step onto the Sydney Opera House stage and tour the country in the title role of Everybody’s Talkin’ About Jamie when COVID-19 struck and the show was postponed.

Maggie and James have collaborated on an original piece for Sound Mind from the confines of their respective homes amidst the recent Melbourne lockdowns. 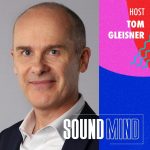 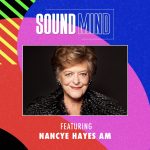 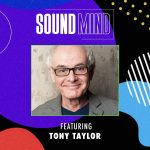 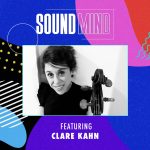 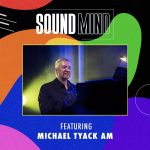 Hosted by Tom Gleisner, this very special episode features Nancye Hayes AM, Tony Taylor, Michael Tyack AM, and Clare Kahn. We are honoured to have not one, but two Order of Australia recipients join us!

Nancye Hayes is one of Australia’s most celebrated musical theatre stars, with history-making roles in Sweet Charity, Annie and Chicago. In more recent years, Nancye has turned her talents to directing and choreographing The Boy From Oz, Gypsy, and My Fair Lady, just to name a few. Nancye has a much-loved Sydney theatre named in her honour – The Hayes Theatre. South Australian audiences are about to see Nancye soon in the riotous comedy Ripcord.

In 1987, Tony Taylor starred alongside Nancye Hayes in Australia’s first professional production of Sweeney Todd. Since then, Tony has made regular appearances with our biggest mainstage companies – Sydney Theatre Company, Melbourne Theatre Company and Bell Shakespeare, as well as starring in acclaimed musicals, such as Man of La Mancha, The Producers and the recent Hayes Theatre Company smash hit, Calamity Jane.

As one of the country’s finest cellists, Clare Kahn has played with The Sydney Symphony Orchestra, Canberra Symphony Orchestra and the Sirius Chamber Orchestra. She’s also been in the orchestras of musicals including Matilda, Muriel’s Wedding and West Side Story on Sydney Harbour.

Musical Director Michael Tyack has worked on almost too many of Australia’s biggest musicals to mention, including the original production of The Boy From Oz with Todd McKenney AND the arena production starring Hugh Jackman. Michael received a Helpmann Award for his work as Musical Director on Mary Poppins The Musical and just in the past few weeks he took a trip to Government House to receive his Order Of Australia for contribution to the performing arts, the same honour received by Nancye in 2014. 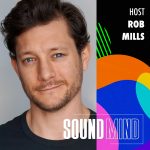 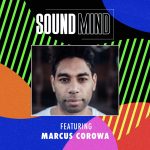 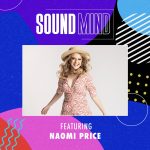 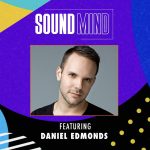 Marcus Corowa is an award-winning First Nations singer-songwriter, actor, composer and entertainer. He has won an APRA/Smugglers of Light, Music and Media Award and a Deadly Award for Most Promising New Talent in Music. On stage, he starred in Opera Australia’s recent production of Bran Nue Dae, Sydney Theatre Company’s ‘The Secret River’ and as one of The Drifters in Beautiful: The Carole King Musical.

Naomi Price is one of Australia’s leading cabaret and music theatre performers. She wowed audiences as part of Team Ricky Martin in The Voice Australia. Naomi received a Matilda Award for her role in Ladies in Black with Queensland and Melbourne Theatre Companies. She is co-founder of award-winning production house The Little Red Company, where she recently co-produced and hosted the 10-episode live-streamed variety show, The IsoLate Late Show. Naomi has appeared at La Boite Theatre Co., 54 Below in New York City, and in Beautiful: The Carole King Musical.

Daniel Edmonds is one of our great musical directors. He was musical director and conductor for three worldwide premier stage shows: King Kong Live On Stage, Strictly Ballroom and Dream Lover – the Bobby Darin Musical. Daniel wrote new songs and score for The Wind in the Willows and recently co-wrote a new single called ‘Dream Again’ for international musical theatre star Lea Salonga.

From their respective homes in Sydney, Brisbane and regional NSW, these three artists have collaborated remotely on a Marcus Corowa original composition created especially for Sound Mind. 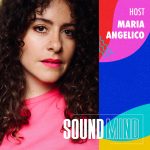 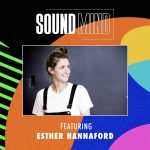 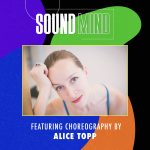 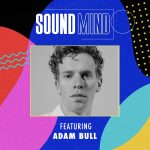 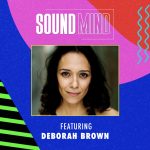 Esther Hannaford is a multi-award-winning stage and screen actor, where recent credits include Carole King in Beautiful: The Musical, Audrey in The Little Shop of Horrors, and the recent ABC series Retrograde.

Adam Bull has had a phenomenal almost-20-year career dancing with The Australian Ballet. As Principal Dancer, he has represented the company around Australia and all over the world, as one of our country’s greatest male dancers.

These four artists have joined creative forces on an original all-vocal piece written and performed by Esther Hannaford especially for Sound Mind. They’ve collaborated remotely online from different parts of the country – Esther and Alice have been in lockdown in Melbourne, Deborah is in Sydney and Adam has been on a working road trip in northern NSW – with additional music input from Steve Toulmin, based in the Blue Mountains. 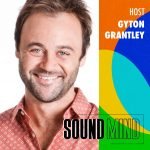 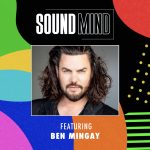 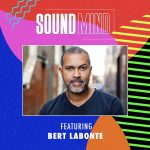 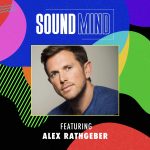 Bert LaBonté has graced the stages of Australia, the UK and Broadway and regularly features with all our major state theatre companies. Most recently he appeared in Cloudstreet with Malthouse and Black Swan. He’s had starring roles in a slew of musicals including The Book of Mormon, Chess and Guys & Dolls. He has recently appeared in ABC TV’s The Let Down, and will soon be appearing in Neighbours.

Ben Mingay has also appeared in stage productions across Australia, the West End and the US. The stage adaptation of Dirty Dancing took Ben touring around America, after which he was lured home to star in Jersey Boys. He’s a member of Swing On This, and recently played the title roles in both Sweeney Todd and Shrek: The Musical. On screen, Ben appeared in Mel Gibson’s wartime epic Hacksaw Ridge, and has had television roles in Wonderland, Packed to the Rafters, House of Bond, Frayed, and more.

Alex Rathgeber is the creator and producer of Sound Mind. He’s also an award-winning performer and has performed the role of Raoul in The Phantom of the Opera on the West End and took home a Helpmann Award for his performance in Anything Goes. He’s played principal roles in The Boy From Oz, The Rocky Horror Show, MTC’s The Drowsy Chaperone and as the Tin Man in The Wizard of Oz, as well as TV appearances including Winners & Losers and Miss Fisher’s Murder Mysteries.

Bert, Ben and Alex have collaborated remotely (not an easy feat!) with musical director Daniel Edmonds on a brand-new cover of a song by the great Australian duo Bachelor Girl.

Produced by the Arts Wellbeing Collective and Maker Productions, we hope SOUND MIND helps give a strong sense of community and a resounding message of hope, encouragement and empowerment during this time of immense difficulty.

“The fact that we have this incredible collection of performers and hosts who’ve been so willing to get involved with this together to create SOUND MIND says so much about the need to address mental health across the performing arts and entertainment industry at the moment,” said producer Alex Rathgeber of Maker Productions.

“The idea with SOUND MIND is that it’s a creative approach to starting mental health conversations, exploring ways of finding connection and a stronger sense of community in this time, and celebrating the immeasurable value of the performing arts in all of our lives, especially right now.”

Arts Centre Melbourne CEO, Claire Spencer AM, shared, “We are thrilled to be a part of the inaugural series of Sound Mind. When we launched the Arts Wellbeing Collective Pilot Program in February 2017, we had no idea that this program would become more and more relevant as our industry faces challenges, disruption, and change on such an astounding level.

“Sound Mind is a joyous celebration of the power of storytelling and live performance to connect, empower, and inspire us. The stories, insights and experiences shared by every collaborator are reminders of the resilience, capability and adaptability of this sector. It was a privilege to work with so many incredible performing arts workers in creating this unique and very special series. We are honoured to support it.”

Stay up to date with the latest news, updates and resources from the Collective.